According to the Pew Research Center, mobile technology usage has more than quadrupled in the last decade, from 35% in 2011 to 81% in 2019. Smartphone use is most popular among young Americans, with over 96% of persons aged 18 to 29 owning a smartphone. These developments are paving the way for the use of augmented reality in education.

Augmented reality (AR) is a technology that superimposes digital information such as audio, movies, and images on top of the physical world. Virtual reality (VR), a technology that produces fully fake surroundings, is sometimes mistaken for augmented reality (AR). These technologies are known as extended reality (XR) when combined, and they are driving transformation across industries: According to IDC, the AR/VR industry will expand from $16.8 billion in 2019 to $160 billion by 2023.

AR is extensively used in corporate applications like research and development in industries such as engineering, manufacturing, and space exploration. With the advent of new technology and the ubiquitous usage of smartphones, educators are increasingly expected to employ augmented reality (AR) in the classroom.

What exactly is augmented reality?
Sound, video, and images are superimposed on top of an existing world in augmented reality. To superimpose pictures in present situations, it employs four major components: cameras and sensors, processing, projection, and reflection.

Each of these components has a distinct purpose. Cameras and sensors, for example, may determine the depth of an image or compute the distance between two objects before superimposing digital material on top of the user’s view. Projection and reflection overlay virtual information on top of what the user sees; for example, projection mapping allows AR applications to digitally overlay video onto any actual surface.

In terms of data processing and transmission, the restricted bandwidth and latency of wireless networks have traditionally hampered the widespread adoption of AR. However, owing to quicker wireless connection through 5G cellular networks and better computing power in next-generation devices, possibilities to fully explore AR’s potential are rising.

Educational institutions may implement interactive classrooms within their courses using these key AR components. Why is augmented reality being used in education? AR in the classroom may help instructors develop dynamic classrooms that promote student engagement, which can improve learning. 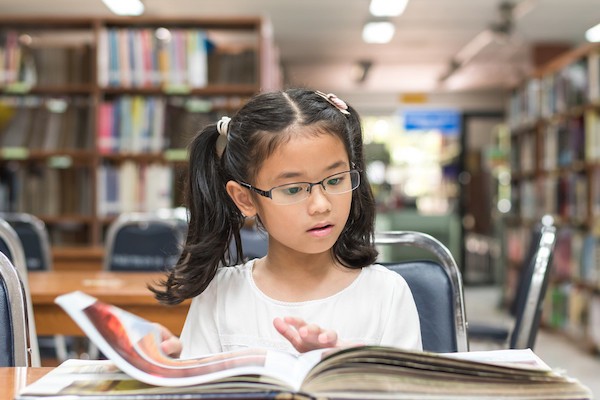 Examples of AR applications across various sectors
AR has several applications in a variety of sectors. Here are a few such examples:

Resources
The websites listed below give statistics and other information on augmented reality and how it is utilized in various sectors.

The Advantages of Augmented Reality in Education
AR is increasingly being used in educational contexts, often to assist pupils with difficult topics. Students who are suffering from geometry, for example, may utilize AR to observe and manipulate 3D geometric structures. Another use of augmented reality in education is to educate global views via virtual field excursions that allow pupils to connect with people from various cultures.

While AR and comparable technologies such as VR are growing increasingly popular in education, according to Project Tomorrow, fewer than 10% of schools presently employ augmented reality in the classroom. Among the reasons given for the sluggish uptake of AR in education are:

AR’s Advantages AR may have a huge influence on learning environments:

Resources
Find out more about the advantages of augmented reality in education:

History
Teachers may use augmented reality technologies to help pupils engage with history. 360Cities and Timelooper, for example, provide virtual trips to locations all around the globe to educate about cultural and historical views. Students and instructors may use their cellphones to access AR applications that give more information and context about historical objects on exhibit at museums and historical locations.

Coding
One significant advantage of augmented reality technology is that it enables students to participate in the process of generating lesson plans in partnership with professors. Teachers may also utilize platforms to create coding lesson plans that use AR technology. Tynker, for example, supplies schools with tools for teaching video game development. It also enables students to create augmented reality classroom projects.