If governments were no longer engaged, how would the educational system change?
Education should develop people who have “sound minds in healthy bodies to better serve his nation.” Government involvement in the education sector aims to accomplish this by increasing access to education for all, enabling knowledge acquisition by all socioeconomic groups, and resulting in the development of responsible citizens as assets who can contribute to the advancement of the global society. Economics is increasingly showing that investing in education pays off, particularly in emerging nations.

The development of information, skills, values, and beliefs is related to education. Preschool, primary school, secondary school, and university are the typical components of formal education; this grouping of levels is referred to as the education sector.

Because education is a merit good, it is an essential component of society. This indicates that over time, a student who consumes a “unit” of education is likely to have positive, measurable external impacts in addition to personal benefits. These outcomes can be divided into two categories: economic returns (education enables the development of students as valuable assets to society through being productive and effective members of the workforce, which contribute to the GDP growth and development of a nation) and social returns (a good education can enable students to become environmentally and socially conscious). Consequently, education might be seen as a beneficial externality of consumption. This is seen in the graphic below, which is a straightforward academic representation of the education market. 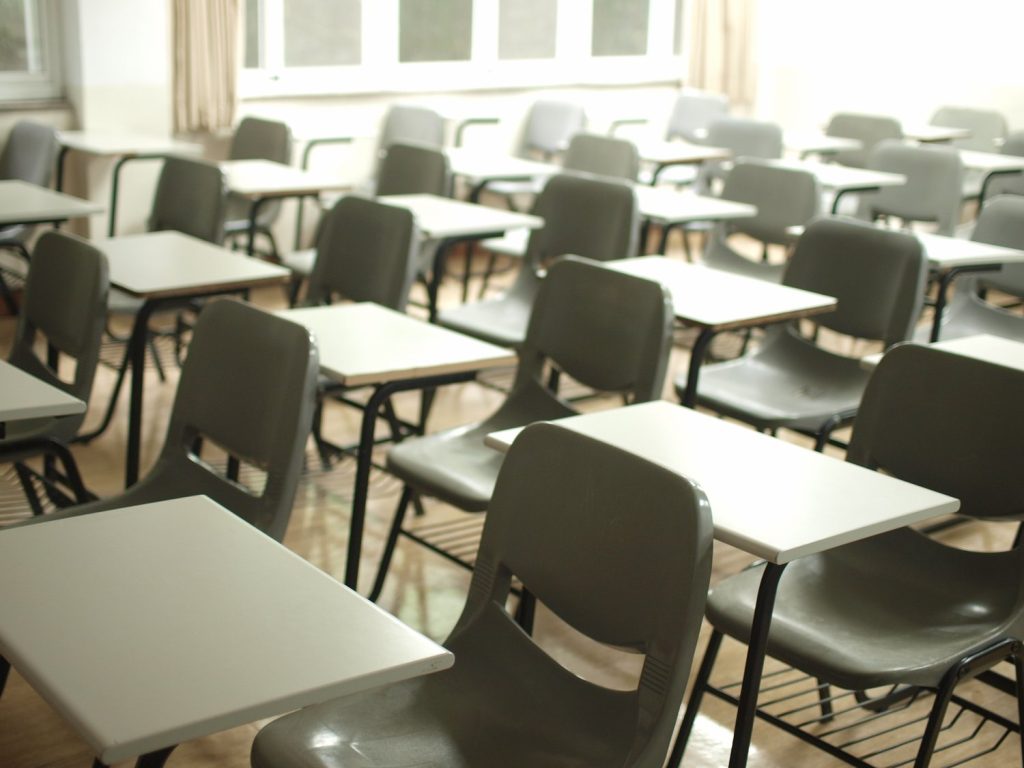 It is evident from the preceding graphic that there is an underconsumption of education in this fictitious market for education since Q1 is smaller than Qopt. To make education more accessible to vast segments of the public, governments are motivated to take action in the area. The value of the aforementioned beneficial external consequences may be increased by increasing education accessibility, and it can also prevent the market failure brought on by the underconsumption of education.

For more details on Tasued Post-utme

The government might pick from a variety of strategies to boost educational consumption. A government may establish public schools that are entirely managed by the government if it has a surplus or a sizable budgetary reserve. This system, where local/public schools are publicly operated and supported by the government, is found in several nations. The government may also provide subsidies for teacher wages, teacher training programs, and school infrastructure (allowing for lower facility costs and hence lower school fees). This may be seen in Hong Kong’s Caput schools, which are both public and private schools that receive government funding in part.

The substantial surplus demand for spaces at public schools over other options may be explained by the law of demand, which states that lower costs result in a higher quantity sought. The problem of overcrowding in public schools is raised as a result. Over 22% of public schools in the United States are overcrowded, meaning they are running at least 5% past their capacity. This is a serious problem. The student-teacher ratio in schools is disrupted by overcrowding, which lowers educational quality. The approaches used to deal with overpopulation are ineffective. In the US, the 50 state departments of education must first accept federal education policy and plans for classroom reform. The local school districts get the approved plans after which they modify them to meet their requirements before distributing them to the district’s public schools. Governments are discouraged from raising the standard of their public schools by the inefficiency of the procedure and the length of time required to bring about change in the education sector. Furthermore, there is a substantial opportunity cost for governments to consistently prioritize funding for education growth above matters of social, political, or economic relevance. In addition to being overcrowded, public schools frequently have old, underused, or broken facilities because of a lack of government financing. States and municipalities in the US “reduced capital investment for elementary and secondary schools nationwide” between fiscal years 2008 and 2016, after accounting for inflation, by roughly $21 billion, or 26%.

Existing public schools would need to be able to find outside funding for their operations if the government were to leave the education industry by withdrawing financing for public schools, which is likely to be private educational institution.

To maximize profits as their motivation, logical private organizations may purchase public schools and raise tuition costs for pupils. Since the typical private school tuition in the United States is about $9,000 and the average middle-class family earns $50,000 annually, most middle-class families can afford to transition from public to private education.

By enforcing greater fees, schools will be able to invest in improved infrastructure, personnel, and even the extension and renovation of classrooms since school growth will no longer be constrained by unnecessary red tape and ineffective bureaucratic procedures. By providing competitive pay and benefits, private schools may also be better able to attract and retain qualified educators, which is essential for enhancing educational results. Creativity and invention would be an additional advantage. Instead of the government, private entities that buy the schools will be education experts. This implies that given the access to cutting-edge technology, infrastructure, and finance that commercial businesses have, the education sector may experience new, inventive undertakings, actively enhancing the marginal social value of education. Additionally, prices may decrease in the long run due to factors like the minimal amount of technology required to keep schools current, the lack of economies of scale in the education sector, where one company dominates the market, and the competition that will exist in the new market of private schools, which will force each institution to lower prices to draw in more students. Long-term, this may increase access to private education.

If government involvement were to end, the curriculum would be another way that the public education system may be impacted. To save expenses, public schools sometimes have set curricula that are focused on topics that are inexpensive to teach (history, mathematics, languages, writing, etc.). Private institutions’ specialization and funding may be able to support more flexible curricula that place less emphasis on the traditional textbook method of instruction and allow students to experiment with resources and technology, incorporating cutting-edge subjects like computer science and music theory.

Now think about government support for education via subsidies. The goal of government education subsidies is to lower the price of education and increase access to it. The straightforward academic example below represents the situation of subsidized schools (for simplicity, the diagram assumes that subsidies are applied on a per-unit basis on school fees).

Consumption declines as a result of increased costs making schooling unaffordable. A decline in student enrollment rates, which has an immediate influence on the graduation rate in institutions, may be used as an empirical indicator.

Depending on the sort of nation, the influence on the educational system will likewise differ. The bulk of the aforementioned effects is more likely to occur in industrialized nations where government-run education is not the only option and where it is widely accepted that education is a social requirement. There are a few exceptions, however.

As was previously said, if the government were to cease its involvement in the education industry, a third party—possibly one with financial interests—would have to step in to provide education. If there is sufficient demand for education and the capacity to charge high fees without diminishing that demand, this outside entity is likely to join the educational industry. As will be covered below, this is not the situation in many emerging nations.

One of the biggest obstacles to students in developing nations being able to pursue an education is the expense of doing so, and alarmingly, foreign financing for education in poor nations is now 4 percent less than it was in 2009. Because kids may get a sufficient education from the government in developing nations at little to no cost—Malawi abolished school fees in 1994, Uganda did so in 1997, and Mozambique did so in 2003—these countries are unique in the world. The majority of students won’t be able to pay the exorbitant tuition costs, which will result in a lack of demand for education, and private organizations who try to take over the sector of education in the developing world will discover that. This is particularly likely in light of social narratives in developing nations that emphasize children entering the workforce early to earn a stable income rather than pursuing an education, or the high rates of “brain drain,” were highly educated people leave the country to pursue higher education abroad, rendering private universities in developing nations unprofitable. This makes it difficult for businesses to join the education industry, therefore the only institutions serving the upper class of emerging nations will be well-established private schools and colleges.

The current government’s involvement in the education sector, including public schooling and subsidies, aims to increase everyone’s access to and affordability of education. Without government involvement in the education sector, a different private entity would be responsible for providing education. This alternative private entity might raise prices and decrease demand for education, but it might also improve the quality of education delivered by investing in new facilities, hiring more people, and coming up with new ideas. The risk of a decline in education rates, however, is greatest in the developing world, where entry into the market may be discouraged due to private education providers’ inability to charge higher prices without losing demand. The government can leave the education industry to reap the benefits of a private sector education, but it should continue to regulate it to uphold fairness, address emergencies, and prevent market monopolization.