In academics, grades are important. They highlight accomplishments and inspire pupils to work hard in class and do their best. At least according to one idea.

The American grading system dates back to the late 1800s, and the controversy over whether grades aid or obstruct student learning is just as ancient. Even though it can come as a surprise, some instructors disagree that grades are a valuable tool.

For more information about the inclusive classroom
The A-F grading scale is lamented by many educators because, in their opinion, it prevents learning, particularly for those who work with the American grading system. These opponents contend that grading encourages students to prioritize passing exams over in-depth study.

Supporters claim that grades make students responsible for their work and provide a clear indication of where they are in the class.

That strategy may lead to issues. Students often see grades as the main barrier to entering college, obtaining a degree, or obtaining their ideal career. This pressure causes tension and worries in a lot of youngsters.

The majority of colleges and many professors continue to prefer the conventional grading system. Supporters contend that grades make students responsible for their work and provide a clear indication of where they are in the class.

While some colleges and universities have completely banned them, most institutions still use grades to evaluate student achievement. A pass-fail grading system, self-assessment, and professor evaluations are just a few of the universities that choose these techniques over letter grades, along with Alverno College, Bennington College, and Brown University. 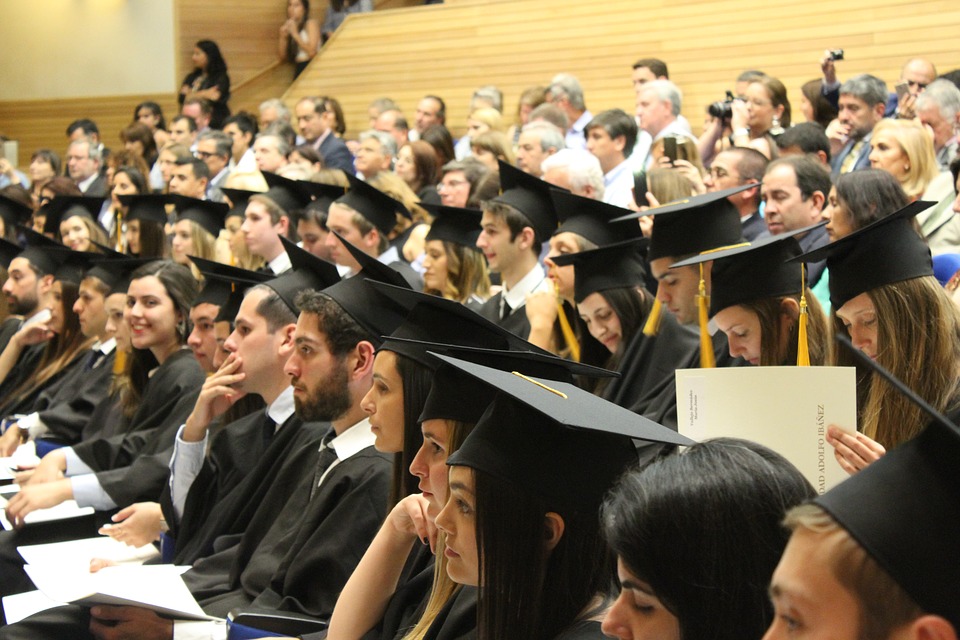 We gathered a few of the typical justifications for and against grading too help make sense of the ongoing discussion surrounding it.

Pro: Less stress for students
Academic pressure came out on top of a 2018 survey by the Pew Research Center’s list of stressors for teenagers. Even the anticipation of receiving a poor grade, let alone the actual grade, can cause anxiety and stress, which can impede learning and impair academic performance.

Giving up the Grade Chase for a Competency-Based Education was the title of a 1996 paper by Donald Mowrer. He stated that requiring students to concentrate on their performance can hinder their capacity to apply scientific principles to novel situations, frequently curb their creativity, and stifle self-esteem.

Con: It’s Simple to Understand the Grades
The grading system differs from other models in at least one important way: it is simple to comprehend. The effectiveness of a letter grading scale is due to its simplicity, according to researcher Robert Feldmesser.

Feldmesser stated in a research paper from 1971 that the “summative evaluation” we refer to as a grade “has an important role to play.” When everything is taken into account, it “gives the student some sense of how good his performance has been on the whole… whether, overall, he did ‘well’ or ‘poorly’.”

Grades are understood by all. An A represents success; an F represents failure. Students can easily determine where they stand in a class or on a particular subject thanks to grades.

Students can identify their weaknesses and what needs to be improved upon after receiving a poor test grade. On the other hand, a string of A’s shows their areas of strength.

Positive: Students would stop lying to get better grades
Another negative effect of the grading system is cheating to achieve high grades.

In a nationwide survey of 70,000 high school students conducted between 2002 and 2015 by the International Center for Academic Integrity, plagiarism was reported in 58% of the papers, and cheating was reported in 95% of the cases. 125 Harvard University students were found working together on a final exam in 2012. About 70% of them were made to withdraw by Harvard.

According to Carnegie Mellon University, students falsify their grades for a variety of reasons, many of which are detrimental to the evaluation process. Some students falsify their grades because they “may not see a relationship between learning and grades” and are “highly motivated by grades.” Others do it to prevent their GPA from being harmed by a poor test result.

Low grades, in the opinion of some experts, encourage effort and diligence. The degree of responsibility and effort can decline if there is no threat of receiving a poor grade.

According to Feldmesser, grades not only help students become better learners but can also be a source of anxiety for some. In this way, grades stop being a hindrance and start being an opportunity for achievement.

Con: Eliminating Grade Inflation
In recent decades, grade inflation has gained attention at colleges and universities. Grade point averages rose steadily, averaging 0.1 points per decade, from 1963 to 2016. On college campuses before the Vietnam War, the C was the most typical grade. It’s A now.

—C was the most typical grade on college campuses before the Vietnam War. It’s A now.

There are two main causes for this trend, say researchers Stuart Rojstaczer, a former professor at Duke University, and Christopher Healy, a professor at Furman University:

How bad is grade inflation? According to Rojstaczer and Healy, it weakens grading standards and intellectual rigor, which causes students to become disengaged from learning at a high level. In more concrete terms: The goal of the grading system itself is defeated by grade inflation.

Cons: Grades Have a Significant Effect
The removal of the grading system will inevitably result in some cultural turbulence. In our educational system and many other systems that are related to education, grades are ingrained.

Colleges often pay attention to a student’s GPA when considering an admissions offer. Grades are also typically the main consideration for competitive evaluation, such as scholarships and entrance into degree and graduate programs.

In the professional world, grades carry significant weight, too. GPAs continue to be heavily used by large corporate employers to evaluate applications.

Employers have few other trustworthy measures of academic aptitude due to the widespread use of the grading system, and policymakers have few illustrative indicators of academic performance. Despite its shortcomings, a GPA offers a straightforward, understandable way to assess achievement for both individuals and student bodies.

Last Word
One of the most contentious issues in education continues to be the grading system. The decision to abolish grades in schools is one that each institution must make for itself; there is no clear-cut right or wrong answer.

As schools assess the future of grading, kids stand to benefit: Students have more choice in selecting the ideal academic setting for their needs and learning objectives thanks to a variety of assessment models.