THE Joint Admissions and Matriculation Board, JAMB, has said it would not hesitate to withdraw results of candidates involved in malpractice in the just concluded Unified Tertiary Matriculation Examination, UTME, after thorough viewing of Close Circuit Television,CCTV cameras deployed for the examination.

This was as it disclosed that it recorded 40 cases of malpractices as well as arresting some security agents for involvement in various forms of fraud during the exercise.

The 40 cases of malpractices in this year’s examination, according to the board, were against the over 4,000 recorded in the previous year.

Registrar of JAMB, Prof. Ish-aq Oloyede, made this known during an overnight visit by the Senate Committee on Basic and Secondary Education to the board’s headquarters in Abuja.

Oloyede who presented the 2020 budget performance of the Board to the Committee, said the introduction of National Identification Number (NIN) in UTME registration successfully flushed out ‘fake people ‘ from the exam process as well as curtailed malpractices.

What we have this year is security agents trying to change candidates after they have been verified. After biometric verification their parents would have paid security agents they will now smuggle him out and smuggle in new person whose finger was not verified, of course the cctv cameras will pick them and that is why we are now arresting the security men, two or three have confessed that I paid N2,000, my mother paid N3,000 to smuggle in a person other than the person (registered for the exam) because they could not go through biometrics,” Oloyede said.

On the alleged poor performance by candidates in this year’s exam , Oloyede said UTME is not a certification exam, hence, there cannot be an issue of mass failure.

“Some people don’t know that in the ranking exam there is no pass or fail. You can’t fail it, you are just ranking them because what qualifies candidates for university education is not UTME, what qualifies you is five O level credits so, it is assumed all of them have five O level credits. I give this example; that somebody has a wife and five children and he is going to Lagos for Sallah and he said, oh, all of you are my children, how do I choose those to go with me? Ok, I will set a test for you. The first three will go with me.

There is no pass mark. Somebody can score 9, the second can score 3, Nigerians will say 3 over 10? As if.., the exam will conduct is one chance exam. One chance exam. What that means is that anything can affect it, if you quarrel with your wife that morning it will affect your performance. In the certification exam you take more than three and there is continuous assessment. They don’t know what assessment is, rather than keep quiet they will be fouling the environment with ignorance,” he said.

Speaking further on the results, the JAMB boss said “When we released the last results those who are making noise are the proprietors of schools and tutorial masters because of the money they have collected from the parents and their ability in the past to cut corners and get inflated results for people.

To show the statistics, after we have finished with the old (normal registration), we opened the new one, we said everybody who had not be able to take our forms due to NIN come and register, bring a draft of N4000 so that we don’t just make fake people to come around and they came.

“All of them were about 36,000, who were deprived because of NIN, but the gain for the country is better than 36, 000 that were not registered because of the fake number we were having.

”Last year we registered 2.2 million, yes it is money for JAMB but that is not the type of money a nation needs,” adding that only close to 1. 4 million candidates registered for this year’s exam because of the NIN which prevented dubious registration.

Oloyode also revealed that plans are underway to put in place 2,500 capacity CBT centre in the present JAMB headquarters for the conduct of UTME and other exams for government agencies.

Vice Chairman of the Senate Committee on basic and secondary education, Akon Eyakenyi, who led the team to JAMB, expressed delight and satisfaction with the report presented by Oloyede, especially in the area of the Board’s expenditure and seamless conduct of UTME.

On some of the issues raised by the Board, the committee promised to ensure an amendment of JAMB Act to prohibit regularisation of illegal admission and prescribe a minimum age that must be attained by a candidate before gaining entry into the university system.

She said : “The interaction with the registrar of JAMB today revealed a lot of truth that Nigerians don’t know as it relates to conduct of special exams like the UTME. I would like to first appreciate the registrar, his management team. Indeed, today’s revelation has proven that the registrar is a round peg in a round hole. He knows what it takes to run an institution like this. Most of the revelations on things we saw are not what should be exposed to the public in terms of the conduct of the exam.

“The indices; what they are looking for. What the registration bodies should do, what the admission institutions should do. I want to say that they have done very very well. The progress so far, what we have seen as a committee oversighting board. We want to congratulate them for the great work they have done. If this continues, definitely the educational sector in this nation will be improved. That is what we are looking out for.

“JAMB serves as a bridge between the secondary and the University, if the products from the secondary school are not properly catered for and reassessed before turning them to the university, definitely we will have a problem as to the students in the university. JAMB is doing a great job in that aspect.

“Our own work is that of making laws, we have identified two major areas that we need to go into the process of amending the Act establishing JAMB that is the area of support that we will give, other than that, we also intend to pass on what we have seen today to the appropriate MDAs, the Federal Ministry of Education to ensure the support that JAMB needs is given to them.”

Other members of the committee that took part in the oversight visit include Senator Yahaya Oloriegbe, Senator Francis Ibezim, Senator Kola Balogun and Senator Stephen Odey. 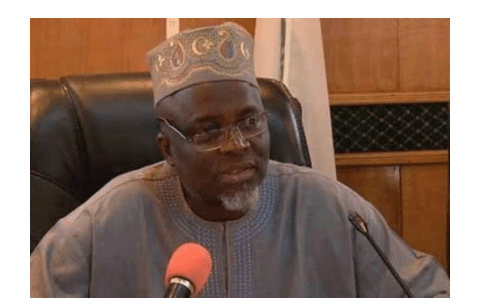 Despite scoring above 300 in UTME, 1,456 candidates missed university admission

The Joint Admissions and Matriculations Board (JAMB) has released the result for the recently concluded Mock Examination. Concerned…
byRedox
error: Content is protected !!