Aggrieved students of Taraba State University in Jalingo, the state capital, took to the streets on Monday to protest as unpaid lecturers boycotted the school’s semester examinations billed to commence today.

The students were supposed to start their examination today but the inability of the lecturers to get paid impeded the process.

In protest, the students blocked all roads leading to the institution, hindering vehicular movement around the axis. They also burnt tyres and chanted solidarity songs.

As of the time of filing this report, no authority of the institution or the state government have commented on the protest.

The protest is coming months after the Academic Staff Union of Universities (ASUU) called off its eight-month strike for unpaid allowances, amongst other demands in October 2022 following a judgement by the National Industrial Court. 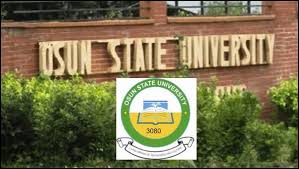 The Pro-Chancellor and the Chairman of Governing Council of Osun State University, Mr Yusuf Alli (SAN), has inaugurated for use…

The Academic Staff Union of Polytechnic (ASUP) of Moshood Abiola Polytechnic(MAPOLY), has threatened to embark on strike on December 31st,…