A student-athlete of the University of Ilorin, Rofiat Abdulazeez, has been presented a brand new car at the Kwara State End of the Year Merit Awards Ceremony.

She won the ‘Most Outstanding Athlete from Kwara’ category of the award. The state government led by Governor Abdulrahman Abdulrazaq used the awards to recognise distinguished Kwarans who have done the state very proud in various fields of life over the years.

In March this year, she won two gold, one silver and one bronze for Team Unilorin at the 26th edition of Nigerian Universities Games (NUGA) hosted by the University of Lagos.

Team UNILORIN emerged 4th best out of 73 Universities listed on the medals table at the 2022 NUGA games.

Rofiat Abdulazeez is a 400-level student of Arts Education in the Faculty of Education, University of Ilorin. 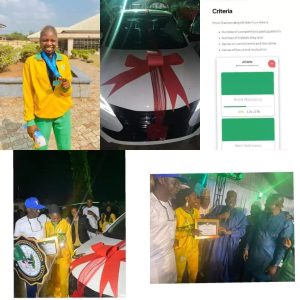 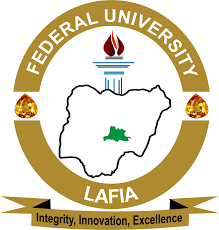