Instead of trying to equalize bias, we should try to reduce it.

Do we need greater political diversity in social psychology? Everyone can agree on this one point: The majority of social psychologists (about 85%) are liberal. More contentious is the question of why this is the case and whether it poses a challenge for the industry. Over the past few years, the subject has proliferated outside of our conference rooms and into major news outlets, with accusations of overt animosity and covert bias against conservative students, colleagues, and publications being met with responses ranging from dismissal out of hand to sincere self-reflection and measured methodological critique.

Jose Duarte of Arizona State University has published a study that makes an effort to consolidate the extant empirical studies pertinent to this discussion. Here, the main issues are two questions. First, is the ideological disparity the product of a conservative prejudice or a less harmful factor, such as self-selection into the field? Second, would greater political diversity increase the reliability of our science, regardless of the root cause?

There is evidence from Duarte et al. that social psychology is not a friendly place for conservatives. According to anonymous polls, a significant portion of social psychologists is ready to expressly state unfavorable opinions towards conservatives. Papers are examined differently depending on whether they are seen to promote liberal or conservative perspectives. We shouldn’t be shocked by this. Everything social psychologists know about how people behave in groups indicates that excessive homogeneity will result in hostility toward an outgroup, particularly when it is characterized by a significant aspect of an individual’s identity, such as political philosophy. It seems strange to assume that confirmation bias would not affect our own decision-making given what we know about how it might influence our thinking. Or to suggest that while it might in some fields, it does not apply to politics. 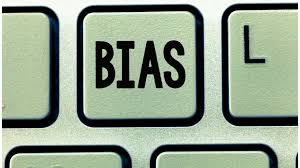 What effects will this imbalance have? Would more political variety boost the reliability of results from social psychology? First, as the authors point out, this diversity problem only pertains to the tiny portion of research dealing with contentious themes (e.g. gender, race, morality). They contend that a diversity of political viewpoints in these fields would increase dissent and counteract the damaging effects of confirmation bias and groupthink. Based on their evaluation of the state of research in politically contentious areas, the authors identify a number of examples of research that they consider to be “tainted” by ideological motivation. They then draw the conclusion that “the parameters [of the field] are not set properly for the optimum discovery of truth. Political variety would facilitate the system’s quest for truth. Conservative social psychologists would examine various ideas, more accurately pinpoint procedures where liberal ideals are imbedded, and generally be more skeptical of theories and information that support liberal narratives.

Finally, the authors provide a number of suggestions on how to mitigate any threats to scientific validity posed by political homogeneity. First, broaden the definition of diversity in the mission statements of our professional associations in order to encourage political diversity at the organizational level. Second, educators should actively encourage non-liberals to enter the profession by being more conscious of how they handle non-liberal viewpoints. Last but not least, alter study procedures in a manner that makes it easier for researchers to spot areas where bias may be influencing judgment.

For information about effect of alcohol damages in the body

It is obvious that any indication of bias affecting the way we perform or interpret research should concern us. And if we dismiss even the prospect of such a prejudice without making reference to empirical research, we would have failed in our duty as honest researchers dedicated to seeking the truth. Ironically, this is true given that one of the most crucial principles of social psychology is that we are unable to assess the objectivity of our own judgment. The evidence showing that social psychologists are hostile to non-liberals should bother us personally as well. At the very least, inspire change so that we don’t treat individuals we disagree with badly.

But what is the appropriate course of action if this prejudice really jeopardizes the field’s objectivity? Let’s agree with the authors that it exists, is pervasive, and seriously jeopardizes scientific legitimacy. Their answer is simple: include more conservatives in the mix. Why? As a result, “the field will become sufficiently diverse that individual perspective biases will start to cancel each other out.” In other words, our literature has to include the opposite type of ideological prejudice. If liberals misrepresent science in one manner, conservatives will misinterpret it in the other, and ultimately, both distortions will balance out.

It may sound contradictory, but we need more bias of a different sort in order to create a science that is more accurate and dependable. But it’s based on a straightforward statistical idea. Say we’re asking people to estimate how many M&Ms are in a big glass jar (there are actually 5,000). The average of their predictions will probably be lower than the reality if we just poll a group known for having a tendency toward underestimating (4,000). Additionally, if we just poll a group of people known for their tendency to overestimate, the average of their predictions will probably be greater than the actual value (6,000). The average of the total estimations will be closer to the reality if we combine these groups and ask for predictions. This is the collective knowledge. The population’s average estimations will begin to approach reality as individual estimators’ mistakes become less predictable and consistently skewed in one way.

But how precisely does this idea relate to the current situation? What does it actually mean for the biases that are ingrained in scientific theories, procedures, and peer reviews to “cancel out” over time? Why is it obvious that more truth will be discovered as opposed to just more time and resources wasted, both our own and those of others who might be influenced by our ideologically distorted work, if I embed liberal values in my research and Joe Researcher embeds conservative ones? Furthermore, it’s not clear whether increasing ideological diversity in the field would weaken or strengthen group bias and polarization.

These remain unanswered, but they are essential to supporting the argument that the best way for social psychology to correct long-standing misconceptions on politicized topics is to include researchers who “seek to explain the motivations, foibles, and strengths of liberals as well as conservatives.” It’s hard to convince people to fix persistent errors by introducing new ones.

I favor a different approach, one in which this kind of paper and research still have a significant impact. Instead of introducing new types of error, let’s work to reduce existing ones to increase the validity of our science. The authors rule this out as being impossible, asserting that no successful interventions for lessening confirmation bias have been discovered. We are doomed to repeat our errors because we are an ideologically homogeneous group. Although there is no magic solution to eliminate bias in decision-making, researchers have identified helpful interventions, and papers like these serve as a strong reminder that social psychology should prioritize this work.

This pursuit requires “an awareness of one’s fallibilities and a sense of humility regarding the limits of one’s knowledge,” which are both crucial elements. One way in which our professional judgments might systematically deviate from an appropriate application of the scientific method has been demonstrated by Duarte et al. Let’s be prepared for this possibility and use some of the suggestions made here to help resolve this issue. We will have completed our duty as scientists once we have done so. And if this increases interest in the field among conservatives, libertarians, greens, independents, whigs, Californians, art history majors, single parents, or anyone else, that’s fine. In social psychology, less ideology is necessary rather than more. The finest approach to learn more truth is in this manner.