Unwarranted alcohol use has been one of the main causes of public health problems in the US for many years. Drinking too much has had a significant impact on the nation’s health and social conduct, notably that of college students.

One of the most popular social activities that students often see as a necessary component of their college experience is drinking. Some students may have regular drinking habits while they are in college, and the excitement of the campus environment only makes matters worse. According to studies, 20% of college students have an alcohol use disorder (AUD). College students who drink negatively impact their families, the colleges they attend, and themselves. The National Institute on Alcohol Abuse and Alcoholism (NIAAA) conducted a thorough study in 2015 that found that drinking was common among 86.4% of students who were 18 years of age or older.

According to the same research, 1,825 college students between the ages of 18 and 24 lost their lives in crashes involving alcohol. Around 97,000 students in the same age group have engaged in rape and sexual assault as a result of binge drinking.

One-fourth of college students had low academic status due to excessive drinking, according to a survey from the same year. Students dropped out of school, missed class, and performed poorly on tests and academic assignments. Additional negative effects of binge drinking on students include health issues, injuries from car accidents, vandalism, rape, unsafe sex, and suisuicidalcide thoughts.

Teenage pregnancy is a result of hazardous sex and is also seen as a result of unrestrained drinking. According to recent research, there are 2 to 7 occurrences of fetal alcohol syndrome (FAS) for every 1,000 experimental patients. The prevalence of fetal alcohol spectrum disorder (FASD), which has been reported in 20 to 50 instances per 1,000 patients, has been high. Drinking alcohol is common among college students. It’s not only about burying oneself in demanding coursework in college. The majority of college students don’t mind going out to relax or celebrate after overcoming extremely difficult tasks, such as significant exams. There is nothing wrong with it, but it also pays for each student to understand the harmful consequences of excessive alcohol use on the brain.

Summary of Contents
The Fastest Way to Brain Damage Is Binge Drinking
In the US, college students are seen as engaging in significant alcohol consumption when they binge drink. NIAAA defines binge or impulsive drinking as a form of drinking behavior that results in a blood alcohol concentration (BAC) of 0.08g/dL or higher, which is beyond the legal limit for driving.

This often happens when at least 4 to 5 glasses of alcohol are consumed in 2 hours. Additionally, studies show that those who binge drink do get inebriated. Contrary to popular belief, college students who are prone to binge drinking are not alcohol addicted.

A recent study found that 37.9% of college students between the ages of 18 and 22 reported binge drinking in the months just before the national poll. In comparison to alcohol consumers who drank but did not engage in binge drinking, binge drinkers who consumed alcohol at least three times per week were nearly six times more likely to report subpar academic performance.

Additionally, compared to students who regularly use alcohol, students who drink on the spot are probably five times more likely to miss class or be late.

The Causes of Binge Drinking
Numerous elements may influence college students’ propensity to drink impulsively, even though the majority of them already have established drinking habits. Some of them include the neighborhood’s accessibility to all types of alcohol, inconsistent enforcement of drinking laws, shifting schedules, and a limited amount of time with parents and other legal guardians.

A startling association has been found over time among college students between high binge drinking rates and frequent incidents of driving while intoxicated.

The first six weeks of a freshman year of college are often thought to be the most prone time for binge drinking. This is completely a result of the student expectations and academic demands that start the school year.

It was also said that young folks are more likely than older ones to engage in binge drinking and remain up late without being badly intoxicated. This is among the most likely explanations for why young people and college students binge drink more often than older individuals.

Previous studies have also shown that college students who take rigorous math and science classes, as well as those who participate in sports programs, tend to binge drink more often than those who take alternative subjects.

Another element influencing a student’s propensity for impulsive drinking is parental influence. According to reports, children don’t drink because their parents have effectively educated them about the negative effects of impulsive alcohol usage.

Brain Effects of Binge Drinking
It may not be hilarious after all to use a few beers to “kill a few brain cells,” as the old joke claims. That’s because there has been a fair bit of study done on the damaging consequences of impulsive drinking, namely on the brains of college students. 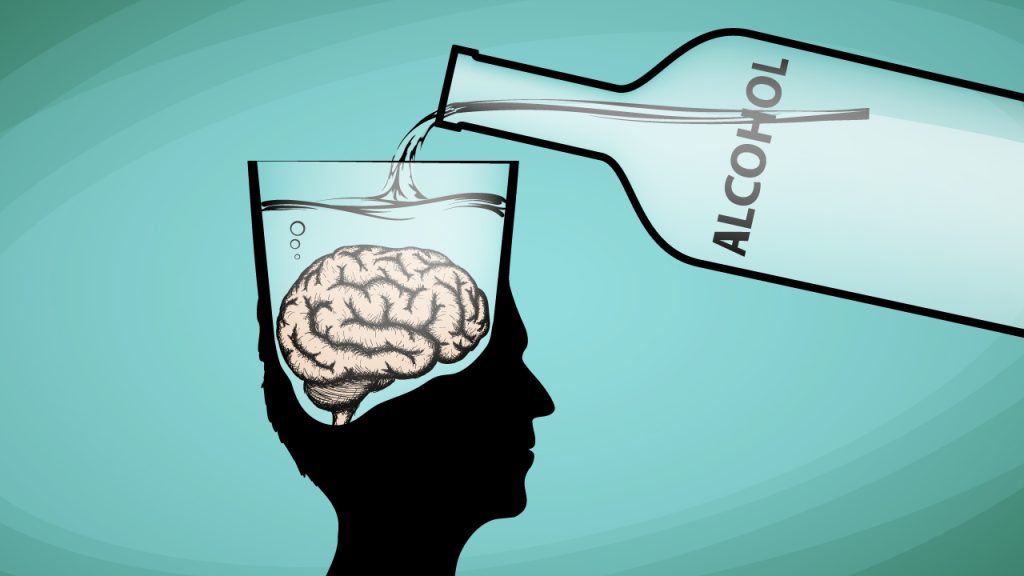 The following are some research results about binge drinking and its effects on mental health:

Even more concerning are the major problems that excessive drinking may lead to:

Prevention of Binge Drinking
The detrimental repercussions of binge drinking are a topic that American schools and institutions are continually working to educate their students about.

The Screening, Brief Intervention, and Referral to Treatment program were developed at Ohio State University by the Higher Education Center for Alcohol and Drug Misuse Prevention and Recovery (SBIRT). This technique allowed for the monitoring of alcohol use among all students on many American campuses.

The Maryland Collaborative to Reduce College Drinking and Related Problems, a coalition of 15 institutions, is one of the organizations that made use of the SBIRT and was instrumental in getting the state to ban extreme-strength liquor in 2015 and powdered alcohol in 2016.

In 2014, Beth McMurtie, a reporter for the Chronicle of Higher Education, organized several universities to push them to urge students to refrain from drinking. McMurtie contends that institutions should support tough enforcement measures to reduce binge drinking.

The AlcoholEdu for College program, which Boston University founded, mandates that all incoming college freshmen be aware of high-risk drinking scenarios. This scheme, sometimes known as the “good cop-bad cop method,” was put into place with the help of law enforcement personnel who were charged with finding phony IDs for underage students and prohibiting older students from buying alcohol on behalf of teenagers. One of the sanctions for students who violate the scholarship loss policy.

Hard liquor use at fraternity parties has already been restricted at Indiana University, and Stanford University has likewise outlawed alcohol consumption at student social gatherings. On the other side, the University of Michigan has recruited student volunteers to keep an eye on their fellow students’ excessive drinking. Finally, all alcohol is now fully prohibited at North Dakota State University, regardless of status or age.

Alcoholism: A Complex Approach to More Serious Brain Damage
Alcohol misuse may not strictly be regarded as an addiction, similar to binge drinking. Alcohol abuse is defined as binge drinking, which ultimately results in serious diseases and dangerous situations. Due to social pressure, the majority of college students are prone to binge drinking.

Some students believe that drinking alcohol makes them feel alive and liberated. Alcohol consumption may also result from a strong desire to indulge in social gatherings and relaxing activities after exams. To deal with their stress and melancholy, some students drink too much.

The brain and alcoholism
The problem with alcohol misuse is that it harms the brain more than anybody could imagine. Here are a few negative impacts of it:

There are other physical, mental, and emotional impacts of alcohol addiction that you may need to take into account, in addition to those already discussed on mental health and cognitive development:

Alcohol Abuse Treatment and Prevention
Alcoholism may be treated with detoxification and abstinence. Heavy and regular drinkers should make an appointment with their physician as well to see whether any detrimental health concerns are already present. The management of alcohol withdrawal symptoms may benefit from this as well.

It is far preferable to be aware that most college-bound kids are more susceptible to alcohol misuse. Therefore, it is crucial to discuss the dangers and side effects with your family to prevent binge drinking.

You likely indulge in excessive drinking if you’re a college student. The goal of college life is to enjoy your freedom and make every second enjoyable, but you must also understand where the line lies. Stop drinking till you pass out when it comes to drinking alcohol. Be aware of the risks and hazards related to alcohol consumption and binge drinking. To keep yourself secure and safeguard your brain from harm, establish limits.