THE UNANSWERED QUESTIONS OF OUR EDUCATIONAL SYSTEM

The Talk, you’ve heard before or not?

What are really the challenges the average present Nigerian student faces that’d really become so burdensome that’ll make them suicidal or, worst, carry out the thoughts themselves?
Do we really understand Where those problems arise from?

Have we tried to see things from their perspective and know the roots of the problem?

I could list a myriad of challenges the average Nigerian student faces in the quest for tertiary education, but that’ll be no different from why we’ve probably known.

So I’m here to guide us all through different stories, or better still, paint a vivid picture that’ll show the many disadvantages of the current system and how it’s badly rigged against the average student.

The Right Path? Or A change?

Meet Olatunji Davies, an indigene of Ondo State who is at present studying at the University of Ilorin as a 200-level civil engineering student.

What have any of these got to do with what student faces when trying to get an admission? One may ask, well, we’d have to go back to when it all started, and let’s be honest, who doesn’t like a good flashback?

Davies graduated from his secondary school with high hopes of getting into his dream university (The Federal University of Technology Akure) or FUTA as it is popularly known.

As a civil engineering prospect, he’d always relished the idea of schooling there ever since the fateful visit of his js2 class to the engineering faculty of the school.

The department of Civil Engineering had piqued his interest, and from that day on he become determined to become an engineering student at the university.

It all seemed as if it was all going according to plan when he graduated, as he was sure the just concluded WASSCE and SSCE and his jamb score of 257 in the Unified Tertiary Matriculation Examination (UTME) was setting him on the right path for a “stress-free admission”.

He had done his permutations and combinations and had resolved that the cutoff would not exceed the 70% mark, all he had to do was get to between 75-80% in the Post-UTME, and he’d be good to go.

And when the WASSCE results were out, he couldn’t have gotten it better, An A1 in Mathematics and Technical Drawing and B2s in Chemistry and Physics, a C4 in the English language was probably the only perceived pitfall in his otherwise excellent result.

The POST-UTME came and with a 70% score, the overall aggregate score of 67%, he thought he could pull it off as the cut-off mark was set at 68% for civil engineering at the University, he was just a mark off, but weeks after the exams and with other students getting admission, Davies and his parents had to resort to the next available method, yeah you got it right, the highly popular “Connection”.

After being referred to a certain individual called Mr. Ajayi, a supposed admissions officer in the university who was being lauded as “the miracle worker”, as he helped every single student that’d contacted him previously in getting into the university and studying their dream course.
But after parting away with a sum in excess of ₦250,000, our so-called “sure guy” could only deliver “Physics education” to our dear Davies, and then the excuses crept in such as “you should have contacted me before you wrote the POST-UTME”, “The new VC didn’t collect any names, “You can still do Physics in 100leveand then switch to Civil engineering in 200 level.
That was a year gone as Davies and his parents focused on the next-year UTME but well it was the same story all over again.

Tired and frustrated, he was finally enlightened on the A-level programs (JUPEB & IJMB). Getting a referral to a certified study center, he did the course for a year and after sitting for the examinations scored 11 points, which was more than enough to finally get his dream course to the University of Ilorin.

He didn’t get it in the university he wanted, but he’d grown more mature to know that he was getting a very rare deal.

The Nightmare of Being in it

Our second case of study will be about one Babatunde Dimeji. A 300-level Computer Science student at the University of Illorin.

He is the son of a retired secondary teacher and trader, your typical humble background, born the first of four children, all hopes are pinned on him to make the most of his life, and with the rising cost of living and education in the Nigerian sphere, he has to do his bits to support both his education and living condition, and he tries in the way he knows well the “Internet space”.

Make no mistake, he’s not into any form of cybercrime but legit online businesses which require digital skills. But nevertheless, the internet space can be a very demanding and brutal place for one juggling so much and with so little time.
Let’s try to navigate the basic daily routine and see why he is burdened by so much for someone so young.

It’s Monday morning, with an 8 am lecture to beat, Dimeji is up and ready to start the day. Doing all that’s needed to be done and set out at 6:45 am, he’s still on track to beat it, or so he thinks, but an almost 30-minute wait to get a bus to the school campus is something that wasn’t in the plan for him, and with that, he barely makes it in time for the lecture and has to make do with the cursed back area of the lecture hall where one would hardly hear any utterance from the lecturer, who spends nothing more than 30 minutes in a 2-hour lecture section.
He hardly gets anything in the class and has to do with the lecturer’s materials that were sent to the group, and that makes it a self-study, little effort from the lecturer at the end, what was the use of all the preparations done during the weekend if he could have just stayed at home and still get the same insight as that if an individual in the class?
If he’d stayed at home, he probably would have composed his cold pitch for his clients online and done some very useful work with the time used in transporting and preparing for the ill-fated class, or probably if he had accommodation in the school campus, he would not have to go through the stress of commuting daily.

Our last study case is of one Ademola Adeniyi, a 400-level history student who, to put it lightly, has, as many would say, given up on “School”. He prefers to keep on with what has been working for him for the past 2-3 years,

I don’t think I need to clarify what he’s into. He knows what he is studying is just to complete his tertiary education and be called a “graduate”.

It’s easy to call him out for his goals, but subtly over the years, the system had shaped him into becoming what he had presently become.

Let’s go back 10 years in the past, Damola is a js1 student in his private secondary school, and he is unable to cope with his subjects, he keeps getting ridiculed by both teachers and peers alike.

The usual mantra of a dull kid who can’t catch up to his/her peers will eventually become a nuisance is all too familiar an anthem he becomes accustomed to. And so he resolves within himself that that area of life (Formal Education) isn’t his way, and when he gets close to some people who are more welcoming of him, he is indoctrinated into a new belief that “every way is a way” as long as you can rig the system to favor you.

And so he continues with the steps and ways set by the new clique he looks up to and cheats his way through the educational system which only inquest are about results more than anything, and so he continues on this path until he gets to the University where he’s more interested in making money than actually learning.
He is content with just being able to take the next step into the next level with little care for grades, besides he doesn’t know the rigors of studying and making the efforts to study and in turn whiles his way in school to just get a degree and get it over with.

At the end of the day, he feels he’s doing better than his peers as he’s living larger than them while they have to go through the stressful activities of the school.

He could have been better if only he had the right foundation and probably if the system wasn’t built to cater to a certain set of people. Only those who were able to meet up with the system would go far in it.

What’s all the fuss about?

Davies followed the supposed noble path and had to strive before he got what he wanted, why was it that hard to get what he wanted?
Some factors from it are such as;

All these are due to the fact that our tertiary institutions are nowhere near where they ought to be. Improvement is needed on the already existing institutions instead of the common habit of the Nigerian government building more mediocre institutions.  If they were enough standard institutions, students such as Davies wouldn’t have limited choices to get what they wanted.

Education is no exception as it’s no more news that merit is almost more of a joke in our dear country these days. Students are groomed right from their elementary school days to believe in “helping” each other.

In a system that is only big on results rather than efforts. When money and influence can go places beyond the lines, anything is possible, and so those who are on merit lose out to those with “connection”. And sadly, it has become a very inherent part of our system that’s now seen as the normal order of things. Moving onto Dimeji, his problems stem out of the system’s lack of care for its people. The factors associated with it are as such;

When you look closely at the story of Damola, it mirrors many people around us. We might have looked at it differently, but from what we can infer, the system wasn’t also kind to them, thereby pushing them towards the other side.
What are some of the reasons one can point out? One may ask, well, let’s see, shall we?

This is one of the main reasons why malpractice is prevalent in the system of Nigerian education. 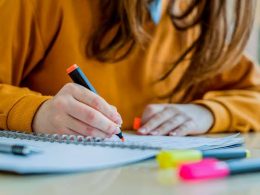 TIPS FOR EFFECTIVE LEARNING TOWARDS EXAMINATION. 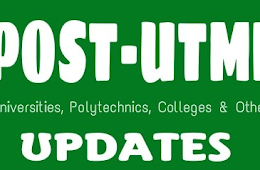 Post UTME Screening Exam: Tips To Answer All Questions and Finish On Time 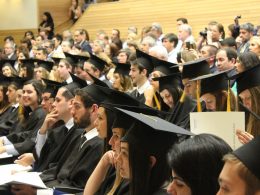 ADJUSTING TO A NEW LIFE IN THE UNIVERSITY